Assembling and Conserving Biodiversity in a Frozen Ark

In the Diversity theme of the Heritage Futures research programme, we explore the work of a range of different organisations which aim to protect the world’s biological, cultural, and/or linguistic diversity. One of these bodies is the Frozen Ark Project – a UK based charity and one of our project partners at the forefront of “saving cells and DNA of endangered species” before they go extinct. The goal is for the Frozen Ark to become both a physical and an open-access virtual biobank that stores, manages and safeguards biological material from the world’s threatened species, and to connect researchers on a global level.

During the summer of 2017, I embarked on a journey into the world of biobanks and biodiversity conservation practices at Cardiff University where Mike Bruford, Professor of Biodiversity and the Frozen Ark’s current Interim Director is located, in order to understand how conservation biologists collect, organise and manage biological material including blood, tissue, faeces and hair from endangered species from around the world. Unsurprisingly, research into biodiversity conservation carried out in the School of Biosciences is as diverse as the species it is trying to protect. There is a researcher who looks at microbiota in polar bear faeces, a researcher who draws blood from Proboscis monkeys in Borneo, as well as someone analysing flycatcher bird droppings from Wales – all in an effort to understand and support the preservation of species diversity.

The background story of each sample studied and the collecting, storing and cataloguing process it involves is greatly varied. Some researchers go out into the field to collect their samples from living animals, others get them from live and dead animals held in zoos and aquaria, while others extract from road kill. One of the major difficulties conservation biologists and other researchers face, I am told, is the lack of communication and co-operation between institutions that have biobanking facilities. The doctoral research of a conservation biologist and Frozen Ark team member who worked with ferret and polecat samples, for example, took longer than originally anticipated as it took her months to find appropriate samples. As an early career researcher, she explained to me the need to establish a network of connections to obtain one’s samples as it is very difficult and time-consuming to figure out which institution stores what samples where in the world – a problem that the Frozen Ark wants to tackle by linking the metadata held about collections in biological repositories across the continents.

When it comes to the collection process, knowing the trail of a sample is paramount – a fact I am reminded about during a later visit to the biobank at the Natural History Museum in London.  “Sampling in the field needs to be done very carefully as it defines the lifespan of a sample” warns the Molecular and Frozen Collections Manager at the NHM. How was the sample obtained? How was it handled? And how has it been handled since it’s made its way into the biorepository? If a researcher was to re-extract from a previously used sample, for example, they would have to make a note that this sample had already been thawed and frozen and the bacterial communities would have changed. The process of sampling thus needs to be transparent – researchers need to know whether any changes might affect sample quality and research. Keeping exact count of a sample’s trail and not getting the latter contaminated is however a challenge, especially when you are collecting biomaterial from monkeys in places like the Borneo jungle.

Sampling trips can also cost thousands of pounds and are often labour intensive. One conservation biologist working on a small mammal project in South Africa explains that for her fieldwork in a national park they had to have field assistants, pay for accommodation and hire cars – all of which can add up, she points out, if you are staying for a few months. On top of that, the salary of armed guides protecting the team from wild animals roaming around needed to be covered. Because of the high cost and amount of people involved in collecting trips, the samples become a valuable research resource. “I think it would be a shame to throw these samples away for all that money”, says the conservation biologist, “and I do know that those samples are perfectly fine”.

In order to get the most use out of them, samples are often re-used by different researchers on different projects in the Cardiff lab – sometimes until they have been completely used up and nothing is left for potential future use. The sharing of samples and related data, however, can be problematic too as it raises questions of ownership. Who actually owns the samples that are being stored in the freezers of the Cardiff lab? Cardiff University? The person who collected them? The country the samples were taken from or maybe any other stakeholders involved in the project?

Not all of the samples always make it back to Cardiff. Due to the requirement for researchers in this area to adhere to the Nagoya Protocol, which ensures “the fair and equitable sharing of benefits arising from the utilization of genetic resources, thereby contributing to the conservation and sustainable use of biodiversity” and various other regulatory processes, some of the material is stored in other laboratories abroad. Still, the freezers in Cardiff are packed with individually labelled samples ranging from worms to flycatcher faeces and otter spray. There is no global or even UK national standardised protocol. This implies all researchers, even researchers at the same institution, label and store samples as they see fit. Some use ethanol to store their samples in, while others decide against it (sometimes even for personal reasons such as sensitivity to the smell). Although the content of each freezer is recorded in a database, I am told that the labelling of samples remains quite a personal matter. The result are handwritten labels with all sorts of abbreviations and descriptions, which often remain illegible to anyone but the samples’ owner. Although everyone is required to log their samples in a shared Excel spreadsheet, the researchers also keep lab books, which are hand-written and/or sometimes digital notes of their fieldwork (including sample information, experiments, as well as gels, graphs and notes on experiments and results, and their evaluation) and are thus very personal and are often illegible to other members of the lab group. In response to this, the Frozen Ark is aiming to introduce a more standardised method of labelling samples across the UK.

Although not all samples need to be frozen (there are boxes containing envelopes with ferret and polecat hair sitting in the lab – a cost and storage effective solution), the big -20 and -80 freezers in the Cardiff lab are filled with vials. Back in 1984, Dr Kurt Benirschke, founder of the San Diego Frozen Zoo® had already worried about the large amount of freezer space needed for keeping a frozen record and the need for the development of future “genomic libraries”, which would alleviate the storage problems and has since become a reality.

During my three week stay in the School of Biosciences, it quickly became clear that future possibilities of in ex situ conservation practices are shaped by present constrains of technology, bureaucracy and funding.  Discussions around cultural and natural heritage have always been interlaced with fears of impending loss and an urge to act against it – to collect, manage and safeguard the things which individuals and groups deem important in an effort to save them from disappearing. Talking in the context of the anthropogenic loss of biological diversity that the earth currently faces, this is no exception. The WWF Living Planet Report 2016 predicts a loss of two-thirds of the world’s vertebrae population by 2020 and warns that invertebrate species will face a similar fate. Over the past decades, non-human animal biobanks have emerged as a type of artificial brake to anthropogenic extinction, and a beacon of hope that the loss of biodiversity might be preventable now or even reversible in the future.  Amidst the uncertainties of the present, biobanks such as the one maintained by the Frozen Ark and the Frozen Zoo® at the San Diego Zoo, give a sense of control of the future by allowing people to organise, manage and protect fragments of what would otherwise soon be irretrievably lost. They facilitate human intervention in the categorisation and manipulation of biological diversity in standardised data management systems, turning the “wild” into “managed natures” (Buller 2013: 183) and thus opening up seemingly endless possibilities for what Donna Haraway calls, the “reinvention of nature” (Haraway 2011). 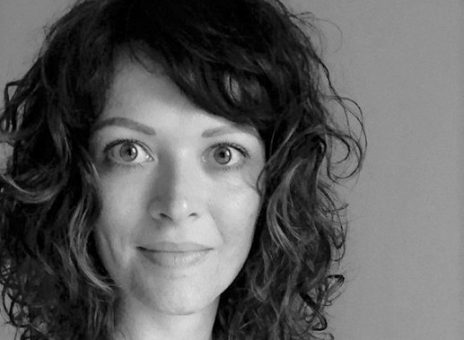