In March 2016, the Profusion theme held its first workshop hosted by the New School House Gallery in York. This event brought together an invited group of museum professionals, theme partners, and academics who research and write about the accumulation of stuff, as well as its disposal through recycling, reuse, and second-hand markets. Our aim was to encourage practical and analytical dialogue across the contexts we research in: homes and museums. To facilitate this dialogue, we invited professional declutterer and visual anthropologist – Dr Zemirah Moffat or ‘Zem’ (Insightful Moves) – to lead a series of activities focused on dealing with domestic clutter. By breaking away from more traditional conference formats – and set against the inspiring backdrop of paintings by Bartosz Beda in an exhibition called Feeling Good About Things – we created space to critically think about how domestic strategies for managing profusion might usefully translate to the museum. Crucially, while decluttering addresses how to let go of things, it also entails close scrutiny of what to keep and why. Or, as Zem urged us to consider, ‘keep just enough of your favourite things that link you with uplifting and grounding memories’.

‘Keep just enough of your favourite things that link you with uplifting and grounding memories’, Zem urged

The day resulted in enthusiastic debate and discussion, which is continuing through correspondence between participants. This was particularly so during the afternoon when the group responded to Zem’s ‘Insightful Thoughts’ (or her nine top tips for decluttering) from their home or work life. You can read these ‘top tips’ here or watch this short video of Zem at our workshop.

In this dispatch, we begin our event reporting by focusing on an activity led by Zem called ‘meaningful objects’. Each participant brought to the workshop an object that was ‘personally meaningful’ to them. Guided by Zem, we shared our reasons why we had chosen things as diverse as a child’s shoe, a stone, and a jewelled cross. As we passed these things to others, we were encouraged to think about how doing so made us feel: thus drawing attention to the emotions that may arise from the process of letting go. This activity revealed the rich ‘stories’ (as the group came to collectively refer to them) invested in our meaningful objects. It was evident from our discussion that stories shape why these things matter to us, and motivate what we would consider parting with or not.

The videos show how people keep things to connect them both to the past and to the future. Some objects are held onto for the powerful ways that they evoke significant past relationships, people, places, and/or experiences. Sarah’s granddad’s dressing gown is a springboard for recalling specific treasured memories of him while ‘making peace’ with others. Anna’s Kylie Club badge allows her to creatively reimagine a long-since gone clothing store she frequented as a child. Other objects communicate future possibilities. This may exhibit the crafting of a sense of self. Robert’s fountain pen ‘symbolises’ his ambitions to write again. Nick’s trowel, despite not being used for ten years, is retained ‘just in case’. Beyond being invested with certain associations (or memories, feelings, ambitions, identities), what these object stories begin also to hint at are the ways that stuff can take on a mediatory and enabling role. A pen is valued for how it might motivate the owner to start writing again, while a dressing gown is acquired as integral to the healing of a relationship with an absent loved one.

Our video clips and workshop discussion focused on these object stories. But, as Nick’s trowel usefully reminds us, such associations can sometimes be unreliable. ‘The story I’ve told about it might also not be true’, he tells us, going on to explain that he has two similar looking trowels and he cannot recall which was the first. Moreover, Anna’s badge illustrates that while stories are important motivators for why stuff is retained, sometimes things persist less by virtue of being actively selected, narrated, and cared for and more by being overlooked. Her badge has survived several ‘culls’ and was then discovered by chance ‘lurking’ in a tangle of jewellery in a corner of a biscuit tin. ‘It does make me laugh, and I wonder why it’s still there really’ she exclaims. Jennie’s inherited book demonstrates how things are sometimes ‘still there’ because of the expectations, obligations, and responsibilities regarding how stuff moves through families and between generations.

Stories shared in the workshop revealed the kinds of motivations that shape why certain things are kept for the future. Stories might, perhaps, be created as rationales to justify our holding onto of stuff. Debate certainly emerged around the idea of ‘stories’ and its articulation, especially in relation to the profusion challenge in museums. Sharon Macdonald, for example, urged the group to consider whether we might feel overwhelmed by ‘too many stories’ or ‘too many potential stories’ as much as by ‘too many objects’. In response, one participant felt that the challenge facing museums is that there are sometimes too few stories to justify the keeping of many objects. The group then discussed how keeping hold of things may be motivated by the future possibility of finding stories for objects. It was proposed that maybe there needs to be greater recognition and/or acceptance that for some things a story might never be known or found.

Even as this short summary begins to indicate, working with ‘meaningful objects’ prompted much discussion between the group about why stuff matters. One of Zem’s ‘top tips’ is to try different systems for dealing with clutter. As she told us: ‘Like Goldilocks and her bowl of porridge, experiment to find your perfect fit’. As our own experiment in the sharing of knowledge for addressing the challenge of coping with profusion, the workshop revealed insights which we will take forward through our ongoing research. We hope this will generate further understandings that indeed may help others to find their ‘perfect fit’. 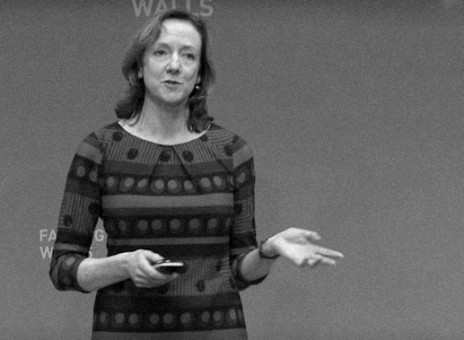