When we decide to conserve something for the future, we need to think about where we will store it. How will our storage facilities do the work of conservation? How long will they be there? What kind of futures are made by doing so? The Heritage Futures team invited project partners and others to join us on site with SKB, at Forsmark, the location of Sweden’s low-level nuclear waste depository to address some of these questions.

This was the first project-wide Knowledge Exchange event, with representatives from the broad field of ex situ conservation, exploring the different kinds of sites, practices, architectures, concepts and technologies involved in conservation for the future. We asked our participants to think about the difference and similarities between their fields of conservation and their practices and processes; about the differences between their architectures: between a vault, a bank, an archive. We asked how the range of different architectural and technological forms across the various domains in which we work might influence those of others? We also asked each participant to bring an object that they might want conserved into the deep future: the 100,000 years that SKB must envisage for the safe management of nuclear waste.

Heritage Futures were delighted to host the knowledge exchange workshop with SKB’s Sofie Tunbrant; Erik Setzman and Inger Nordholm. Representatives from our project partners included Ingrid Samuel, also on our Advisory Board, from the National Trust; Jon Lomberg from One Earth Message; Martin Kunze from the Memory of Mankind project; Mark Nesbitt from the Royal Botanical Gardens at Kew;  Åsmund Asdal from NordGen; and Rebecca Green from the Frozen Ark. We were also joined by Boris Wastiau of the Museum of Ethnography in Geneva; Jonas Palm from the National Archives of Sweden;  Peter Clarke from the Sanger Institute; as well as other friends of the project, Anna Storm of Stockholm University, and Staffan Appelgren of the University of Gothenberg. Hilary Orange of UCL facilitated the event.

Forsmark is the proposed site of the repository for Sweden’s spent nuclear fuel. SKB, the organisation charged with the disposal of nuclear waste in Sweden, brought us to the site in which tunnels underground will become vaults for the safe storage of the carefully prepared and sealed copper canisters of spent fuel, 100,000 years into the future. With this very real task in mind, overlooking the site of the vaults, the team used the objects they had brought in a thought experiment: envisaging what we really mean when we talk about preserving things into the future. SKB need to secure the waste until it is inert: the futures that they talk about are based on particular understandings of the substances and processes that they work with. For those working in a more orthodoxly understood forms of heritage – museum curation, historic properties, seed preservation – how do we understand the futures that we are working with? How long is the future? When is it? SKB must communicate with people in the future in order that they know the nature of what is stored at Forsmark. Do other forms of heritage think enough about who the people of the future that we claim to work for are? And what will those future people actually want of our heritage?

SKB must communicate with people in the future in order that they know the nature of what is stored at Forsmark. Do other forms of heritage think enough about who the people of the future that we claim to work for are? And what will those future people actually want of our heritage?

With actual objects in front of us, items that we had selected in advance that we would wish to see exist long after we had gone, these questions became stark in their relevance to the work of the Heritage Futures team and our project partners. Some had chosen objects that represented their work: Mark Nesbitt of Kew brought fair trade dark chocolate, representing both the heritage of the earth’s botanical resource, and also the cultural memory of its use, even into recent work to promote “fair trade”. Åsmund Asdal of NordGen brought barley, sealed in the aluminium envelopes that keep the seeds dry and safe in the frozen vault at Svalbard. Others chose items more personal to them: Heritage Future’s Sarah May brought her son’s milk teeth; Boris Wastiau brought a copy of his first monograph, illustrative of his career, the pattern of work in his discipline, and in its essence, a contribution to knowledge-a sly nod, he admitted, to the vanity of heritage. Others sought to select something illustrative of the era in which they had lived: Sharon Macdonald brought a selfie-stick, purchased especially for the event, and indicative of technologies and materials of our era and also of its societal practices. There was a playful aspect too to some of the objects – participants wanted to play tricks on the future: Sharon liked the idea of the future’s potential problems in interpreting her object. But several participants wanted to be helpful: their objects were intended to be more than curiosities to the people of the future. Rebecca Green of the Frozen Ark brought a camping fork – a symbol of how we have lived, and a potential tool. Sofie Tunbrant brought the document – in development – designed to be distributed to the archives of the world, indicating the nature, history and location of Sweden’s nuclear waste: a practical gift detailing one sort of storage of an awkward heritage, to be stored in another sort of archive. Åsmund’s barley could be propagated by the people of the future and used to make beer. At least one of the participants, Anders Högberg, wanted to express from the outset his wariness of the desire to push into the future the things of now. He brought that thought wrapped in a box as his object.

The objects were photographed both digitally, and with a Polaroid camera – a resurrected artefact itself – and in being so the objects were already entering a realm of heritagization: representative of a curatorial event that itself would become of the past. The peculiar process and “look” of the polaroids gave them all a kind of intimacy that only some of them had arrived with: a layer of affect representative of their very recent past: their selection – from shelves, shops, bedrooms, jewellery boxes – journeys, and arrivals at Forsmark.

The workshop was augmented by keynote talks by Martin Kunze on the Memory of Mankind project – another kind of repository of heritage – and by Jon Lomberg on the One Earth Message (together with a public talk delivered at the Nobel Museum in Stockholm). Both projects imagine – even materialize – the projection of the world’s knowledge resource into an uncertain future. They, and the processes, practices and philosophies they represented, provided further contextual background to our notions of what, where, and when.

Over the course of the workshop participants increasingly saw their work as making futures, rather than conserving pasts, and we recognised that these futures were not all the same as each other’s. Borrowing from Reinhart Koselleck’s notion of the creation of historical time through the tension between the space of experience and the horizon of expectation,[1] Sharon Macdonald bravely attempted to map out these futures on a matrix, illustrating how experiences create the way we think about the future. Under twin headings of temporality and materiality she invited us to confront the durations of the futures we conceive of, their directions, and the durabilities of our materials. Questioning our existing understandings of how we work for the future is the beginning of a discussion to strengthen them. Participants responded, observing the mismatch between the times of their collections and the times of their data; of how the “forever” promise of a national heritage is an unknown and unknowable future; of the assumptions we make about what the future might desire from the present.

Cornelius Holtorf summarised the event’s key themes. Emerging from the discussions of the preceding days had been issues overwhelmingly of the present: the risk of loss, and our need to mitigate it with sometimes a scant understanding of its meaning; the acknowledgment that it is our collections that we are working with (rather than the future’s); how we perform care and caring for our heritage, and how that care is in itself a performative act, related to the elaborate architectures that we create to mean as well as store heritage; how the various communities that are engaged or need to be engaged with in the work of heritage are very much of the now, rather than the future, as, often, are their concerns; and how we have generated the preservation of preservation itself.

With the objects remaining at the centre of discussion, and when not, arranged in a peripheral exhibition, the workshop participants were finally asked to review their selections: were these objects still worthy of long-term preservation? The workshop’s facilitator, Hilary Orange, offered five options for the final disposal of each of the objects. Participants could chose to sell their object; have it disposed of; gift it to someone, or somewhere else; have it preserved for the future; or keep it. Most chose the keep option – to design their own future for their object. Rodney Harrison gifted his Tamagotchi to Boris Wastiau, to be passed on to the next generation, to use – a ‘living’ digital toy with an unknown past –  rather than as an act of preservation. Martin Kunze gifted the ceramic entry token for the Memory of Mankind, illustrative of the artful preservation practices of that project, to Hilary Orange, offering a potential future to her. Sefryn Penrose attempted to sell her fake Panerai watch as genuine, but found no market for it. Åsmund Asdal gifted his barley to Peter Clarke in the hope that it might become beer. Anders Högberg offered for sale his boxed thought, but in his absence, the thought had depreciated in value and Sefryn was able to acquire it for fifty pence.

Mark Nesbitt added a further “share” option, and the workshop consumed the chocolate he had brought. It was an apt ending to our first knowledge exchange, the first engagement of our partners with each other, and with the big questions of the future with which this project wrestles.

The objects themselves can be viewed in the short film featured above.

[1] Koselleck, Reinhart. 2004. Futures Past: On the Semantics of Historical Time. Columbia University Press.

Over the course of the workshop participants increasingly saw their work as making futures, rather than conserving pasts, and we recognised that these futures were not all the same as each other’s. 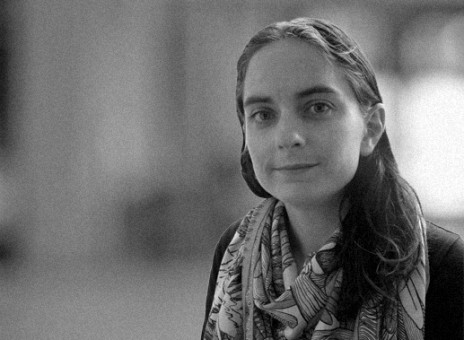 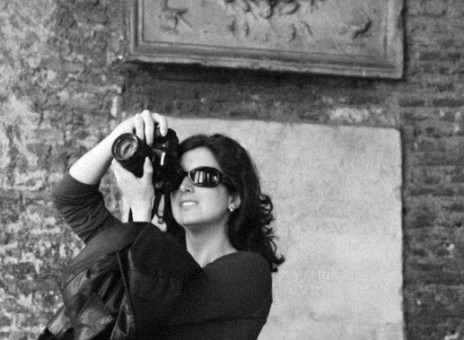