The Art of Losing

‘Given the Battery’s sturdy construction,’ the report concluded, ‘it is also possible to leave it as is, and dedicate it as a monument to measure and teach sea level rise.’

‘The art of losing’s not too hard to master,’ wrote Elizabeth Bishop, ‘though it may look… like disaster’. Mastering the art of losing—now there’s a project for the 21st century. Last month, the National Park Service (NPS) made a small step toward spelling out what the art of losing might entail, in a new strategy addressing the fate of its cultural resources in a climate-changed future. ‘Preservation in perpetuity’ has always been the primary goal when it comes to the archaeological sites, cultural landscapes, museum collections, and historic structures that fall under NPS management. But there is a growing recognition that the changing climate will force reconsideration of this goal in certain cases. In 2014, then-NPS director Jonathan Jarvis wrote a policy memo to his staff which promised, ‘We will ensure that our management options recognize the potential for loss.’ This may seem like common sense, but it is a radical departure from policy as usual. Jarvis’s memo went on to suggest that ‘managers should consider choices such as documenting some resources and allowing them to fall into ruin rather than rebuilding after major storms.’

The strategy released in early January (two weeks before Donald Trump’s inauguration) takes Jarvis’s guidance to heart, and suggests that while reasonable efforts will be made to protect resources and mitigate the effects of climate change, when this isn’t feasible managers may choose to document threatened features and prepare for their loss. Not everything can be saved, the strategy suggests, and sometimes it may be necessary to allow ‘environmental or other forces… to destroy or remove all or portions of the resource.’ In his 2014 memo, Jarvis justified this position by saying that ‘History will judge us for the choices we make, and we will take comfort in knowing that sometimes the hard choices are also the ones that are best for our resources, our parks, and our Nation.’ It’s not clear how this new approach is going to play out in practice. The strategy stresses that ‘decisions for loss must be made with appropriate consultation and compliance’—but there are as yet no clear guidelines for how to reconcile anticipated loss with the presumption of protection embedded in historic preservation legislation.

For a glimpse into how this policy might be implemented, one can look to New York Harbour, and the cluster of properties—many of them associated with military history and coastal defence—that make up the Gateway National Recreation Area. Gateway was hit hard by Hurricane Sandy in 2012, and in the wake of the storm the NPS carried out a vulnerability assessment which incorporated predictions of future sea-level rise and storm surge risk. A management plan based on the assessment offered three zoning options: preserve, stabilise, and ruin. In the ruins zone, historic structures and landscapes would be allowed to ‘decay naturally, returning to their component elements by the forces of nature.’ Although some measures are being taken to ensure public safety, otherwise ‘natural processes are allowed to occur unimpeded by management.’ (One chapter in my new book discusses a similar policy—dubbed ‘continued ruination’—at a site off the east coast of England.)

Deciding which resources to let go is not an easy process, however, and so far Gateway’s ruins zoning has been applied mostly to structures that are already in very poor condition. In this sense, the new ruins classification just formalises a policy of benign neglect that had been unofficial and unstated, by recommending that some of Gateway’s derelict gun batteries and military remnants be allowed to continue to decay. But the banding will be reviewed as conditions change, and as sea levels continue to rise future designation will likely take in other, more significant, structures.

One of the key messages in the new NPS cultural resources climate change strategy is about acknowledging the power of ‘climate stories’ to engage people in understanding change. When a decision has been made to recognise loss, interpretation of that change becomes critically important. In 2009—years before Sandy’s wakeup call—Gateway managers were already thinking about how they might stage an experiment in loss and storytelling at Battery Weed, a 19th-century fort guarding The Narrows at the entrance to New York Harbour. A report flagged up that the fortification was likely to face increasing inundation due to sea-level rise, and moving the structure to higher ground would be prohibitively expensive and logistically complicated. ‘Given the Battery’s sturdy construction,’ the report concluded, ‘it is also possible to leave it as is, and dedicate it as a monument to measure and teach sea level rise.’ Future visitors could view the fort from above, as the water rose within it, reflecting on a story of defence (from invading navies and sea water) and, eventually, graceful surrender.

‘Climate change is one of the great challenges of the 21st century,’ wrote Jarvis in his 2014 memo. ‘It is remaking our world and substantially influencing how we set priorities and make management decisions. The process of adaptation will not return us to the way things have been done before, but it will assist us in making choices in the face of uncertainty and change’. It is difficult to envisage a moment more racked by uncertainty and change than the current one, caught as we are in the political storm that began on January 20 and shows no sign of abating. It is probably safe to say that implementation of the new cultural resources climate change strategy is not high on the agenda for the new Republican administration. Jarvis retired as NPS director a few days before the strategy was published, and when President Trump gets around to appointing his successor he may well decide to punish the agency for its outspoken climate change advocacy and his lingering resentment over the inauguration crowd numbers squabble.

A new NPS director may decide to shelve the strategy altogether, but deciding not to recognise loss doesn’t mean that the loss won’t happen anyway—unrecognised and unplanned. The NPS has a deferred maintenance backlog of over $12 billion, the federal hiring freeze will hit already depleted staffing levels, and the prospect of promised tax cuts makes commitment of additional resources unlikely. The reality of pinched resources, compounded by Trump’s planned gutting of the regulatory framework, could create hundreds of new ruins zones for the wrong reasons, with loss happening not by intention but by attrition. For now, as the nation is held hostage to the ‘art of the deal’, it’s worth pausing to recognise the brave and hopeful move that the NPS has taken towards learning the art of losing—as a process of attentive and informed adaptation. As the strategy points out, ‘Climate change is the heritage of the future,’ and pretending it’s not happening misses an opportunity to tell a story that may help us face that future and learn to live with the changes it will bring. 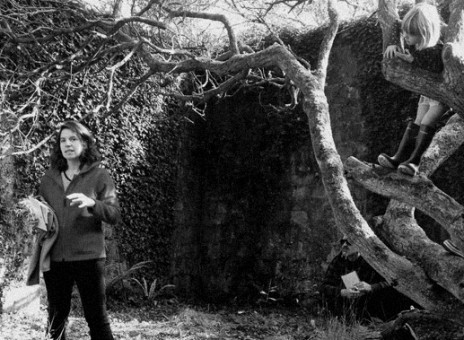